Is your sunscreen harming you every time you put it on? You know that sunscreen plays a big role in keeping your skin safe.  It’s even found in makeups and moisturizers to make it easier to apply.  But if you did a Google search on sunscreen ingredients, it’s scary, contradictory, and just plain confusing. But what are you supposed to do? You can’t just let your precious skin get burned and risk getting skin cancer.

Let’s take a look at the sunscreen ingredients that are alarming everyone, the safe ingredients to look for, and other safe ways to protect your skin.

Concerns Over the Chemicals 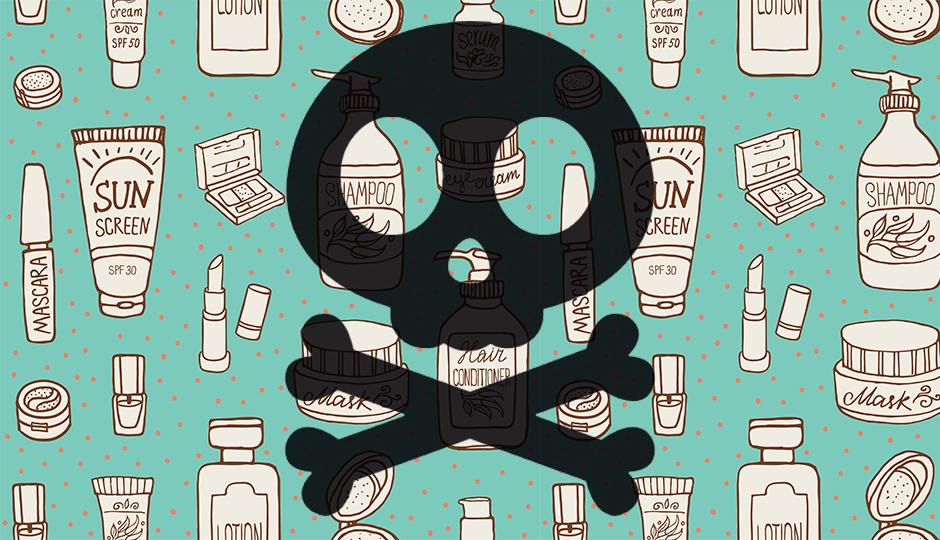 While your sunscreen is working hard to absorb harmful rays, you could be absorbing other harmful chemicals into your body every time you apply it. An FDA study found that all non-mineral chemicals found in sunscreen absorbed into the body after just one single use. Many of these ingredients showed up in urine samples and breast milk.

These are the 4 chemicals found to be harmful:

Oxybenzone is a pretty common sunscreen chemical. This ingredient is used for a UVA and UVB blocker, but it also has a bad rap for causing the same effects as estrogen. It’s also been linked to contact allergies and photo allergies, meaning exposure to light is required to generate an allergic reaction.

Octinoxate doesn’t just show up in sunscreen, it’s also found in shampoos, lipsticks, and other cosmetic skincare products. It protects against UVB rays but has been linked to endocrine disruption and reproductive toxicity. The chemical is actually toxic to coral reefs and has been banned in Hawaii!

Homosalate helps fight against skin cancer by absorbing UVB rays, but it’s blamed for hormone problems in both men and women. The ingredient may also make it easier for other harmful chemicals to absorb into your skin, like the pesticides in bug sprays.

These micronized ingredients are also found in a lot of shampoos, toothpaste, and many skincare products. The tiny particles work to reflect UV rays away from the skin. Because these particles are so small, they can easily be absorbed by the skin into your body, but it’s still unclear what long-term effects these microparticles may cause.

The Safer Side of Sunscreen 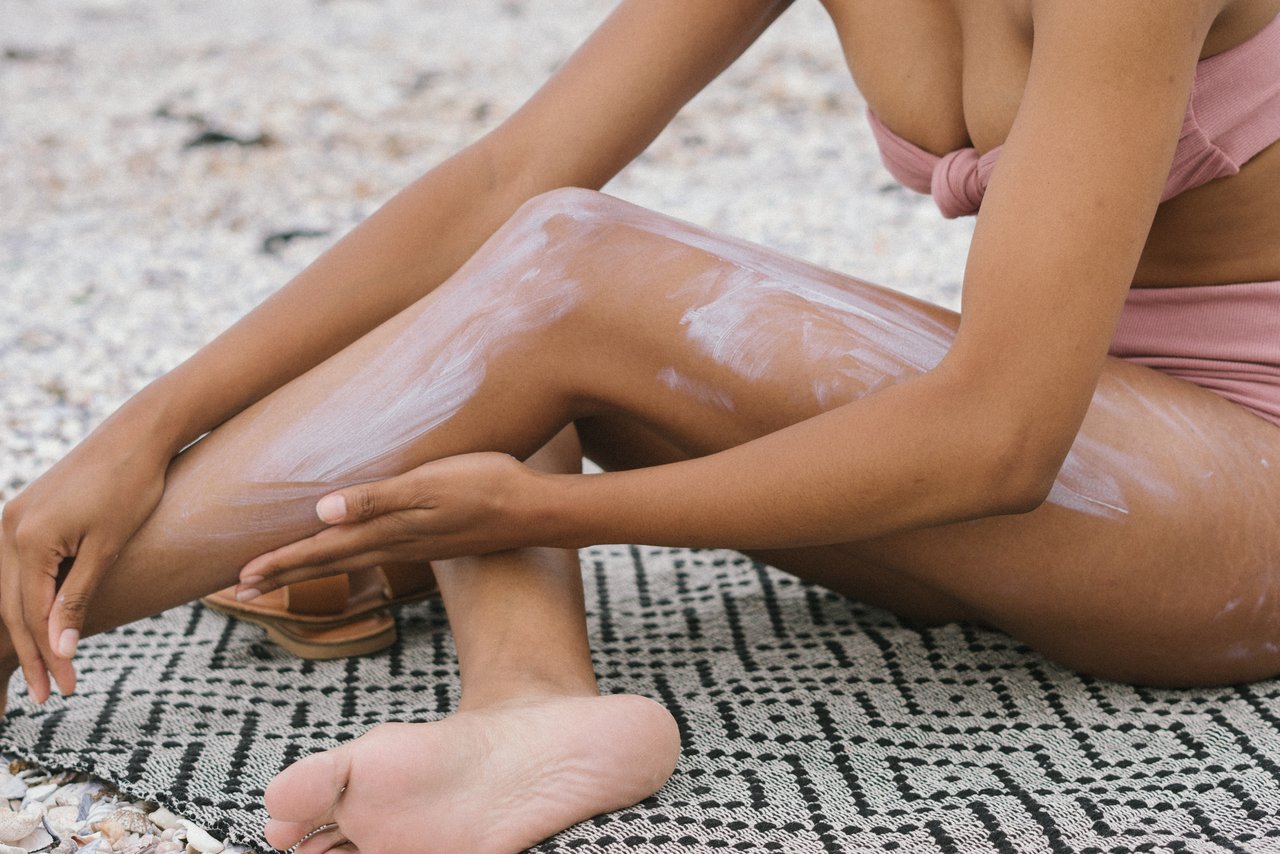 Not all ingredients in sunscreens are considered harmful. There are two naturally occurring minerals that block the sun’s UVA and UVB radiation from absorbing into your skin – Titanium Dioxide and Zinc Oxide. If you get a mineral sunscreen that has one of these ingredients in it, or a combo of the two, it won’t absorb into your skin like other sunscreens, but it will work by forming a barrier that sits on top. Researchers haven’t found any evidence of hormone disruptions in these minerals.

This mineral is actually found in the earth’s crust.  It is a UV absorber that will help protect your skin from the sun’s harmful rays.

Zinc Oxide is also recognized as safe and effective. It protects against both UVA and UVB rays.

How Safe is Sunscreen? 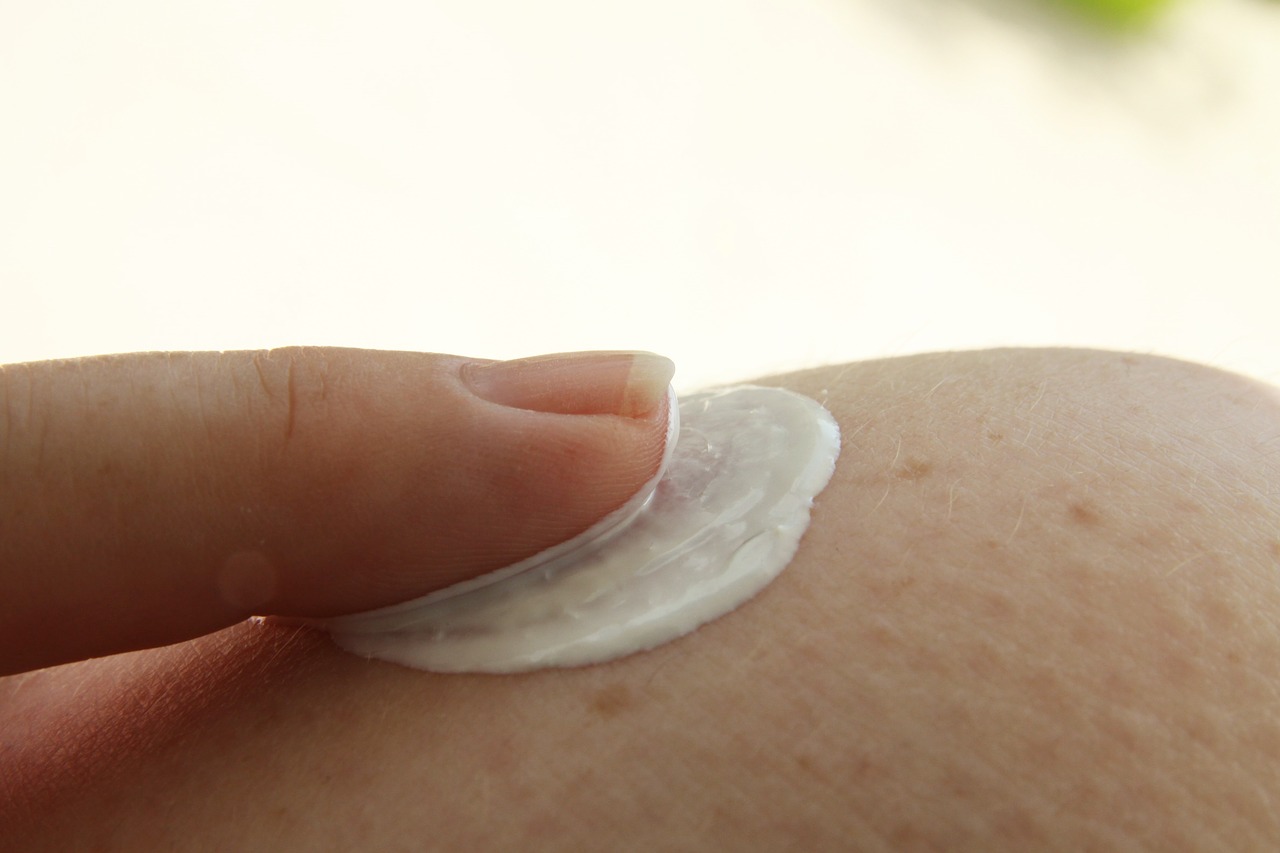 That’s a lot of scary info, we know! And there is a lot to think about when choosing the right sunscreen. Should you go with a natural mineral-based one or stick with the one you’ve been using that may have a harmful chemical in it. Here are some details on dangers that have been linked to sunscreens that may help clear up some confusion.

Let’s be honest, studies are a bit confusing sometimes. Yes, sunscreen has been linked to hormonal disruption, but that was in several labs and animal studies. There were also several studies where the animals showed no chemical absorption or hormone changes.  As far as humans go, there aren’t any studies out there right now that show a connection with hormonal disruptions.

Several years ago a toxicology study came out that had everyone worried because it claimed that sunscreen was linked to skin cancer because of an ingredient called retinal palmitate. The study was not published in a medical journal and was never performed on humans. So, most dermatologists agree, sunscreen will not cause cancer instead, it prevents it.

If you are still a little leery about slathering on the sunscreen before you head outdoors, there are plenty of other ways you can protect your skin from the harsh sunshine.

From a skin cancer perspective, dermatologists want you to keep using sunscreen and enjoying time outdoors. Vitamin D is good for you!  Basically, the potential risk of not using sunscreen outweighs the small risks that could come with using it. More testing needs to be done to determine if there really is a danger involved. In the meantime, feel confident about protecting you and your family from skin cancer while enjoying the good outdoors!  And if any skin worries or issues come up along the way, you can consult any best dermatologist in the Winston Salem location!

You may have missed

3 Lifestyle Changes That You Should Work On

10 Ways to Fight Against Cold and Flu

What is in Your Sunscreen and Could it be Harmful?